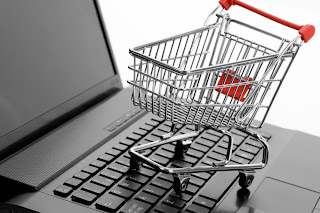 ARE YOU REALLY BUYING WHAT YOU THINK YOU ARE BUYING?


I watched with interest this week a story aired on Channel Seven about Smuggling.The show centres on the smuggling operations that exist at one of the largest ports on the English coast,which is one of the largest gateways to Europe and hence a very attractive option for the smugglers should they succeed in getting their items through.This week was of particular interest as the show was about a crime gang who were importing Nike shoes on a massive scale out of China.This gang was under survelliance for over 6 months and was estimated to have in excess of over 3 million dollars worth of counterfeit product in these latest shipments alone.Overall it was estimated they have imported 5-15 million dollars worth of counterfeit products over the last few years.It wasn't just restricted to Nike, they were importing Adidas,Armani,D&G, etc.
This is not an uncommon practice unfortunately and we as store owners/e-tailers are often faced with counterfeit products being sold, especially on auction forums such as ebay, along with international websites, which are littered with counterfeit product.Sometimes its nearly impossible to tell the difference between the real thing and the counterfeit product.Worse is customers are completely unaware they have purchased an inferior product.If the price seems to cheap, then its probably counterfeit.
As e-tailers we are constantly faced with ensuring we are selling a licensed and genuine product.I know of several horror stories where new businesses have purchased products via international wholesale companies, with the impression the products they were purchasing and onselling were the genuine brand.Unfortunately for them they werent and lost not only all their money as the products were seized, but lost their businesses as a result.At Sportsmagic we work hard to source product through the correct channels, the actual licensees who own the rights to distribute the product.This does take time, money and effort as there is more fake product,wholesale website selling counterfeit brands than there is legitimate.
This week Sportsmagic attended the online retailers expo.Interestingly I spoke with a representative of a major international wholesale company who advertise heavily on places like ebay promoting suppliers from Asia and India.I was enquiring as to some suppliers in China I was interested in speaking with.I was after some information as to the better suppliers who were able to offer genuine branded products.We are constantly looking to expand our product range.The representative went onto to explain that this wholesale site is great for non branded product however any branded product found will most certainly be fake.I was totally surprised as they advertise so heavily and there is never a mention that they have suppliers on there selling counterfeit items and yet here they were advertising themselves, knowing most of their suppliers, by their own admission, sell counterfeit and yet are still on their site still selling counterfeit product daily.
To avoid buying a fake, inferior product here are a few tips :

Be mindful when purchasing online, either websites and/or ebay products direct from Asia and India.There are select distribution channels used by Licensed Companies selling genuine product into Australia.

Do your homework? Is the item being offered look identical to the genuine product? Are there any anomolies?

Does the item appear cheap in price?

Is the item available in other colours other than what appears on the Australia websites/Brand's own website?

As a shopper it can be hard to tell the difference to the naked eye.Good rule of thumb would be if its seems too good to be true it probably is.